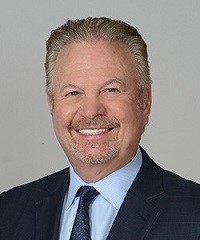 Known as a visionary, Gerald (Gerry) Greenspoon co-founded Greenspoon Marder in 1981 with a handshake over a kitchen table with partner Michael Marder. Today, the firm has over 200 attorneys practicing in 25 offices throughout the United States. Mr. Greenspoon’s vision of growth has propelled the firm to become a leader in emerging, highly-regulated industries such as alcohol, firearms, tobacco, and cannabis. Greenspoon Marder is one of the first firms of its size with a cannabis law practice including a dedicated team of attorneys servicing the nearly $10 billion legalized, medicinal cannabis market, with a team central to the advancements, legalization and regulation of cannabis including medical marijuana, hemp, and Cannabidiol (CBD) across the U.S. The firm has opened offices in regions that are central to the advancements, legalization and regulation of cannabis.

Mr. Greenspoon also launched of the Organization for Safe Cannabis Regulation (OSCR), a nonprofit Florida corporation formed to ensure that the mandate of the voters under Amendment 2 is carried out by the Florida Legislature and Department of Health. Additionally, the firm recently opened a wholly owned subsidiary, The Liaison Group, a DC-based federal lobbying firm dedicated to shaping the federal legislative and policy landscape for the Cannabis Industry.

Mr. Greenspoon was recently recognized by South Florida Business & Wealth’s Apogee Awards as a “CEO of the Year,” by Florida Trend as one of “Florida’s 500 Most Influential Business Leaders” and Daily Business Review’s “Distinguished Leaders” for 2018. He has been consistently recognized for more than 30 years as a “Leading Lawyer” by Martindale-Hubbell; Best Lawyers in America as published in U.S. News and World Report, Super Lawyers and the South Florida Legal Guide amongst many more. In addition, he has been recognized amongst South Florida’s top business leaders as an inductee into the Business Hall of Fame sponsored by Junior Achievement of South Florida. The South Florida Business Journal has honored Mr. Greenspoon with a Lifetime Achievement Award. He has also received a Key Partner Award and Diamond Award, and Business Leader magazine previously named him one of the “Top 50 Entrepreneurs”. 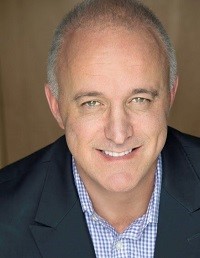 Mr. Greiper has had a highly successful 30-year career on Wall Street and in his own businesses, with a focus on helping to back and build emerging growth companies. He is the Founder and President of Viridian Capital Advisors, LLC, a financial and strategic advisory firm dedicated to the medicinal and legal cannabis market. Viridian provides market intelligence, investment banking, and corporate development services to emerging growth companies in the cannabis sector. Its banking practice, through broker-dealer Pickwick Capital Partners, provides capital and M&A to fund the growth of Viridian's clients, while its advisory practice helps to position and build their businesses. Leveraging the team’s decades of high level operating and transactional experience on Wall Street and in the commercial and government sectors, Viridian provides comprehensive strategic and financial solutions that assist cannabis enterprises in realizing their full potential.

Scott has been involved in raising more than $400 million in capital for emerging growth companies and has completed a range of M&A transactions. He attended the Executive MBA program at Columbia University and received his B.A. in economics from the University of Chicago. He lives in New York City with his wife and two children.

A modern-day renaissance woman and Artemis Holdings Group Founder, Sheri Orlowitz has more than three decades of experience with mergers and acquisitions and executive-level leadership – both domestically and internationally. Today, her portfolio focuses on small, medium, and emerging businesses with a focus on the cannabis industry. As a former Justice Department prosecutor, Ms. Orlowitz ensures her clients and investors are properly organized to meet federal and state compliance regulations. Her success can be directly attributed to well-practiced functional experience, time-tested financial and legal acumen, a globally renowned network, and a reputation for integrity and outstanding client service.

Ms. Orlowitz has raised an excess of $100 million to build, acquire, and sell a dozen companies in the manufacturing, professional services, and real estate industries – with revenues ranging from $6 million to $70 million. Perhaps most notable, she was responsible for not only the companies themselves, but their employees and investors as well. Most recently, she secured equity commitments of $8.5 million for a cultivation and dispensary license 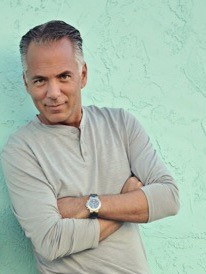 Brett Finkelstein has over 15 years of private equity experience in addition to his years of investment banking experience. He currently serves as the Co-Founder and Managing Director of Phyto Partners LP, and is responsible for investment origination, due diligence, deal structuring, and negotiation, along with activist roles in Phyto’s portfolio companies.

Prior to Co-Founding Phyto Partners LP, Brett was a principal at Skyvest Capital Partners LLC. Skyvest invested across all asset classes, but had a core focus on real estate and early stage companies.

As a transactional entrepreneur and a relationship focused advisor, he has been involved in founding, structuring, funding, and operational roles at both startups and established companies. Brett has over 20 years of accomplished deal performance and has been involved in close to a billion dollars of transactions involving a wide variety of mergers and acquisitions, debt and equity financing, turnarounds, licensing, branding and investor relations for many prestigious corporations, and private equity firms.

Phyto Partners LP was profiled in Forbes as one of the leaders in the cannabis industry. Most recently, Brett was highlighted in Business Insider “as one of the rising stars of marijuana’s investment scene that everyone from Wall Street to Silicon Valley should know.” Phyto Partners has invested in half of what CB insights profiled as the trailblazers.